You Also Have Been Glorified 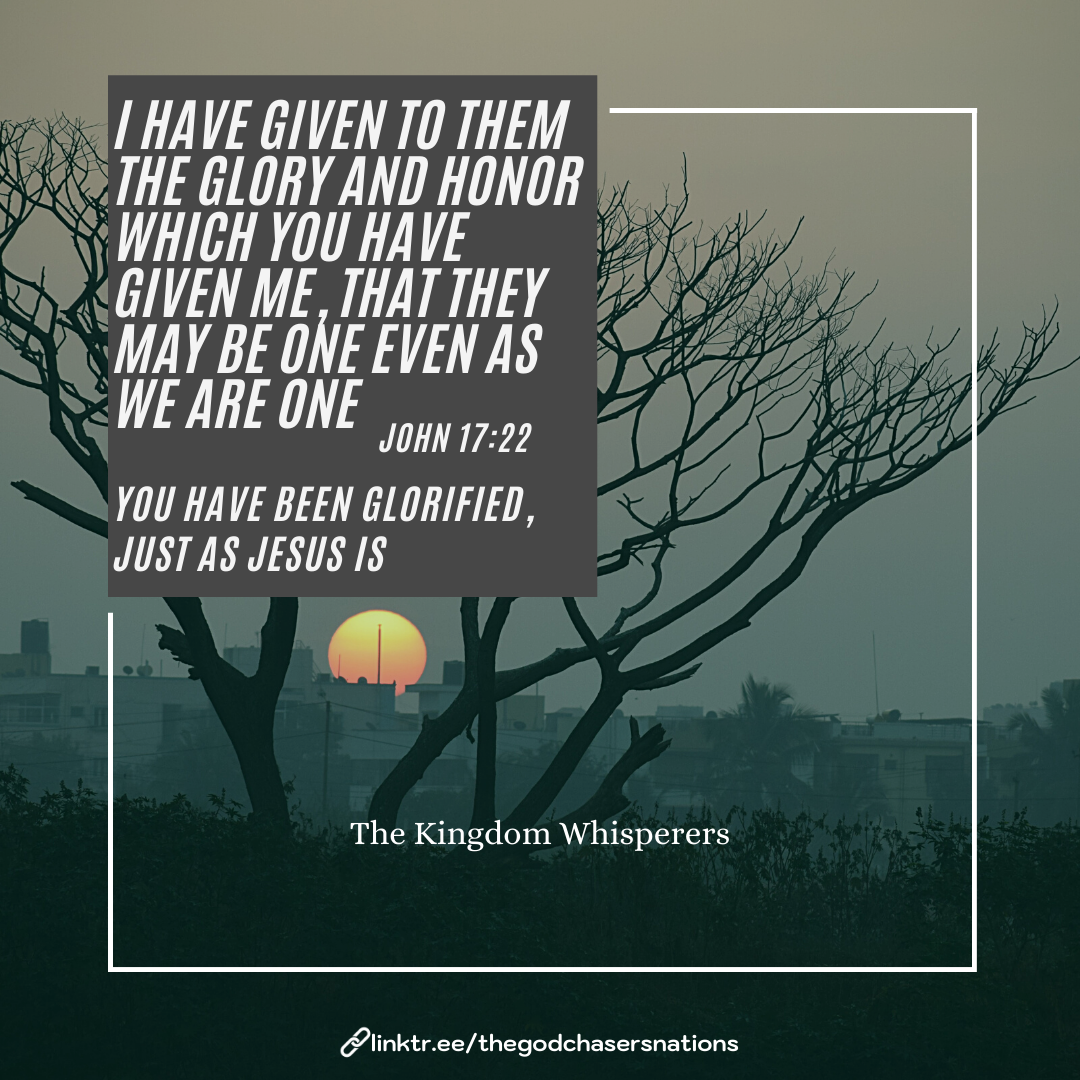 You Also Have Been Glorified

You have been glorified, just as Jesus is

John 17:22 – I have given to them the glory and honor which You have given Me, that they may be one even as We are one:

Jesus said these words, I have given (notice the tenses) them the glory (nature & lifestyle), that you gave me that they may be one (equal, the same) as we are one. This text got me thinking, who are them? His disciples? No, Jesus was praying for those who believe.

And have received eternal life, he said he had given you & me his glory. Many believers don’t understand this fact, so they just read it passively, and that is why they subject themselves to the pattern of this world.

We still believe that we are just like the unbelievers, whose sickness and failure are familiar to them. We think it is normal to be a failure before you become a success because motivational speakers said so (but as a believer, I don’t fail, I don’t need to fail to succeed).

“He has given us his glory”, we can do what Jesus had done and even greater things which he can do.

What does it mean to be Glorified?

Being glorified simply mean being brought to a heavenly dignity(standard) association of the God kind. Being glorified means, you have crossed from death (earthly life) to live (heavenly life).

Romans 8:29-30 [29] For those whom He foreknew [of whom He was aware and loved them] to be moulded into the image of His Son [and share His likeness inwardly], that He might become the firstborn among many brethren.

How do you get this glory?

2Peter 1:4 [4] By means of these He has bestowed on us His precious and exceedingly great promises, so that through them you may escape [by flight] from the moral decay (rottenness and corruption) that is in the world because of covetousness (lust and greed), and become sharers (partakers) of the divine nature. (if you have his glory, you won’t have the desire (not feelings) to sin because you escape the corruption of this world.

Lord Jesus, thank you for raising me into a heavenly being even while I am still on earth. I refuse to conform to the pattern of the earthly people; I live like a heavenly being in Jesus name