The Sacrifice of Praise 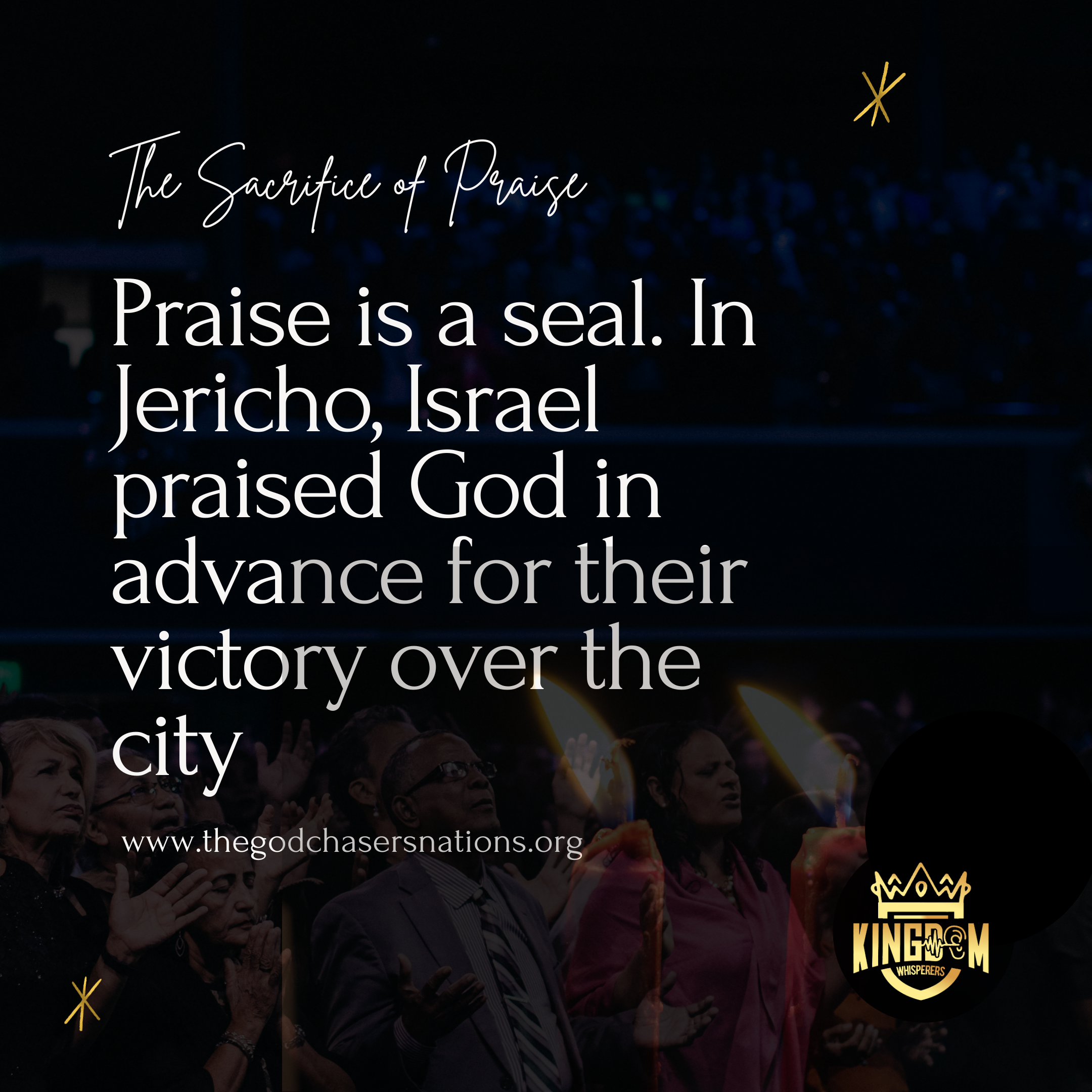 The Sacrifice of Praise

The culture of Sacrifice dates back to Abel when he presented the fruit of his increase in Genesis 4; up to the days of the Apostles who paid for the gospel with their lives.

Now, we understand that there are different types of Sacrifice, and it goes to show the necessity of sacrifice in God’s kingdom.

When polarised with the world’s system, sacrifice is a regular practice in sports or other religions. Athletes train rigorously for a few days or hours of completion.

The Sacrifice of Praise.
Compared to being crucified upside down for the sake of the gospel, the sacrifice of praise seems like the least sacrifice of all; it’s performed with the lips; a verbal expression of exaltation to the authority and power of our King.

Yet praise can be difficult.

It’s hard to praise God in the storm.

Other times, we get so used to being blessed that we feel entitled.

Sometimes we can’t even recognise an act of redemption, and so rather than offer our sacrifice of praise, we grumble, ignorant of the disasters staved off of our lives.

Jesus healed ten lepers; only one returned with his sacrifice of praise.

When Adam left the garden, he had to toil to feed his family. Abel understood that it wasn’t easy to make a harvest. He knew how tough the ground could get and that mostly it produces thorns. Yet he returned to say thank you—you may have kicked my father out of your garden, but thank you for this increase nonetheless.

Imagine working so hard to provide and never getting a word of appreciation. How does it make you feel? Cranky no doubt, even when you try to smile through it. Now, imagine how God must frown on ingratitude.

He says he hates it. The God of love hates? Yes. He hates pride and arrogance and a lying tongue.

See praise is a cultural thing, so make a habit of it.

The fact that praise is also an offering implies that there is a manner in which it is conducted.

Watch how the devil will argue against positive reinforcement with conversations like if you tell people right words, they’ll be filled with pride.

In reality, it’s a proud heart that puts heaviness on the lips—stopping the tongue from offering the sacrifice of praise.

Praise is an expression of joy, it’s the exuberance of the Spirit.
It’s contagious. If you release it, it multiplies.

Why is praise critical?
It’s a catalyst. It’s the stuff we were made of. The Bible says that he rejoices over us with singing (Zephaniah 3:17).

Praise is a seal. In Jericho, Israel praised God in advance for their victory over the city.

Praise is a testament. When we declare God’s wondrous act we are reassured of his ability.

Praise disarms the enemy because triumph comes with a shout. The psalm calls it the voice of triumph (Psalm 47:1).