The Fear Of The Lord 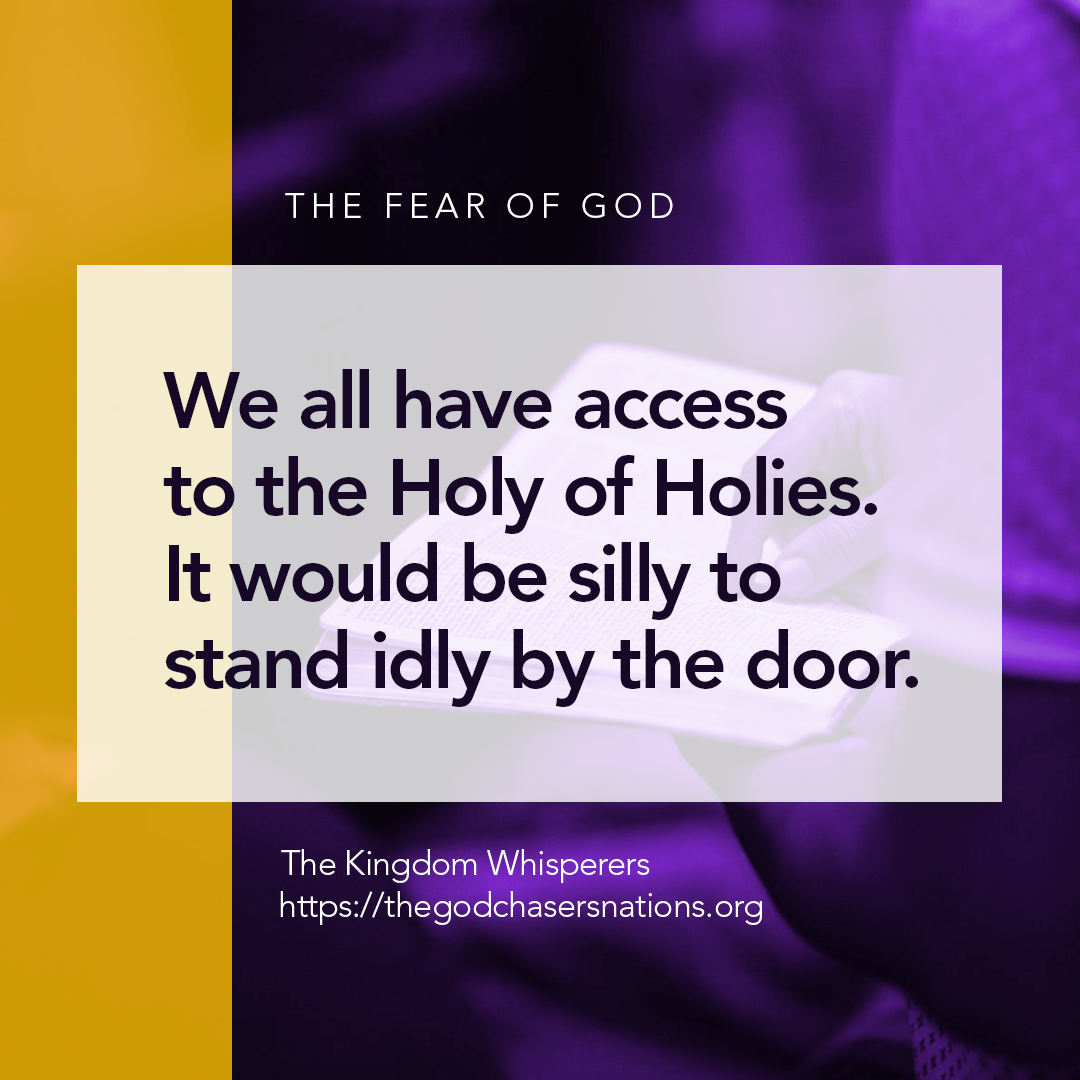 The Fear Of The Lord

“Fear of the Lord is the foundation of wisdom. Knowledge of the Holy One results in good judgment.”

Our society takes pride in teaching moral ethics. So much so that it’s almost cultural to act in reverence.

Yet this teaching seems to live only on the surface and barely makes a dent in our collective behaviour toward God.

Moral reverence toward God is the birthplace of wisdom.

So how come there’s such a gap in wisdom?

What then is the dividends of teaching moral reverence if we have skipped the first class—the fear of the Lord?

Indeed, some things are only discerned.

In verse 13 of Proverbs 9, the Bible describes a fool as knowing nothing.

You can’t fear him if you know nothing about him.

I see children being spanked for not greeting an elder, for not standing up for an elder and even for speaking back at an elder.

We prosecute dressing patterns that appear immoral but forget the very first lesson. We fail to teach the fear of God from an early age.

We’ve become wise in our own eyes, and yet the wisdom we practice is described as foolishness before God.

The fear of the Lord is hatred of evil. Pride and arrogance and the way of evil and perverted speech I hate.

Yet some hearts have grown so hard they find it challenging to discern evil from good.

And still, the solution prescribed in our opening text says Knowledge of the Holy One results in good judgment.

Bottom line; to work in the fear of the Lord, one must first know him.

To know—to properly ascertain by perception. To have endured familiarity as with a friend. To know in a cunning way (that’s skillful knowledge the kind you have as a result of practice). To be privy to (that’s having a shared secret). It means to be astute (accurate knowledge).

Wow! When you stand face to face before him, naked, there’s no room for second-guessing.

To fear him, you must know him in ways that he’s never told anyone else.

I challenge you to muse for a minute. What do you know about God?

Beyond him being Alpha and Omega, the bright and morning Star, what secrets has he shared with you.

Stop asking for the wisdom of Solomon for one minute and seek secrets of his person.

We all have access to the Holy of Holies. It would be silly to stand idly by the door.

There are some friends you know from their laughter even if they’re miles away. Some you can discern in a pitch-black room.

See friends, you need this knowledge.

David came to a point where he said yea though I walk through the valley of the shadow of death, I fear no evil. He was certain. He could close his eyes and point you in the direction of God.

Do you know him?

You have to move from being aware of him to being privy to his secrets.

In being privy to his secrets, you won’t need a teacher to tell you how to act when it comes to dealing with God.

If you know him you’d delight in his corrections.

If you know him, you won’t struggle with discerning evil and good.

So do you know him, or do you know about him? If he walks in the night, will you recognise him?

This is the purpose of his coming to give us a chance to know him.

“…that He should give eternal life to as many as You have given Him. And this is eternal life, that they may know You, the only true God, and Jesus Christ whom You have sent.”

It’s in knowing him that we can genuinely reverence him.

Father, I’ve abandoned all I know about you and I’ve come to fellowship with you. I make a commitment to fellowship constantly so I can grow in this knowledge that comes from experience. In my position in the city, help me to restore reverence for you. My ears are open to chastisement in ways I’ve become over-familiar in your house. In Jesus name.