Talents According To Proficiency 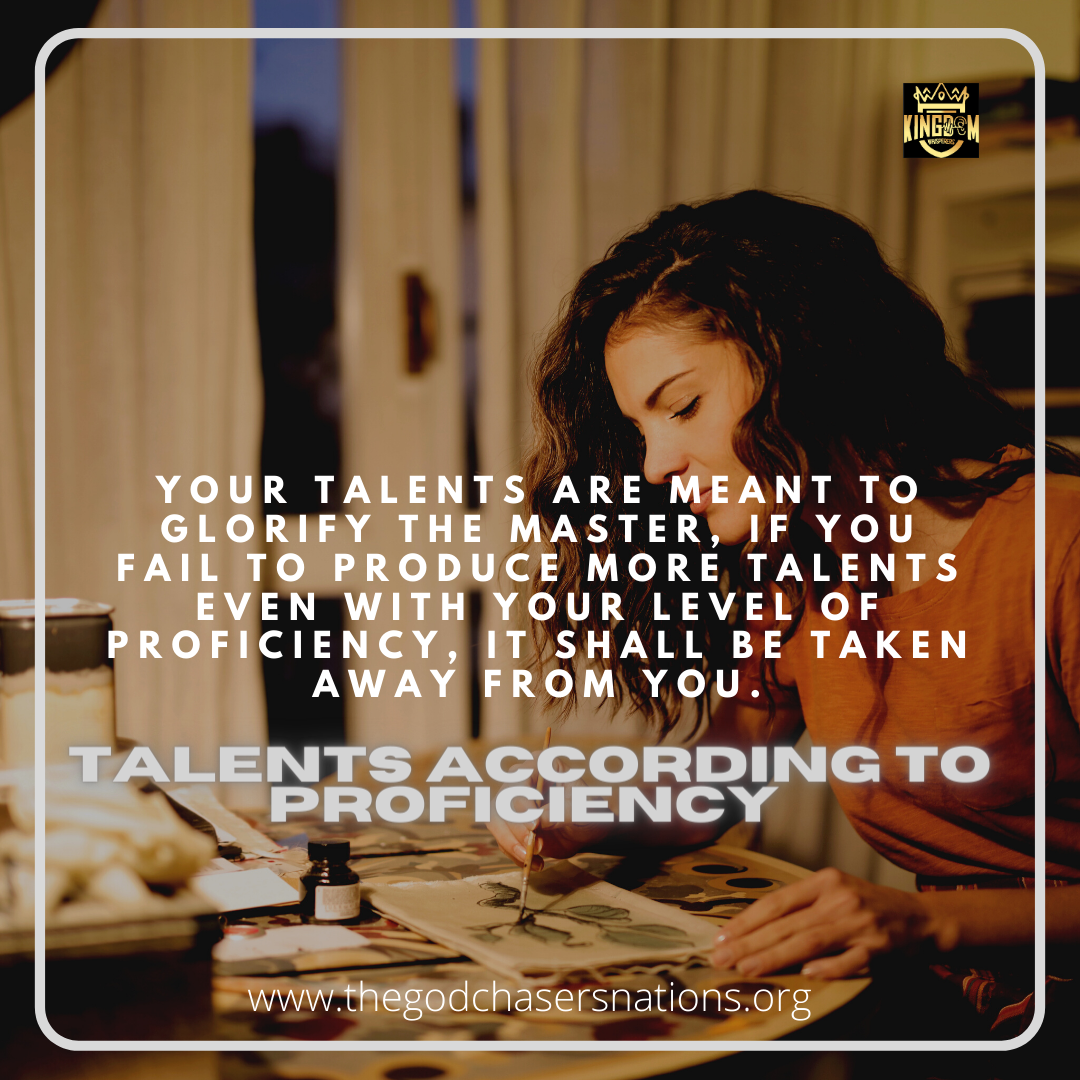 Talents According To Proficiency

A man was going on a journey and gave three of his servants some talents each. He gave 5 to one, 2 to the second, and 1 to the third. Then he went away without giving notice of when he would return. When he came back, they brought the report of what they had done with the talents, the first servant was able to make 5 more, the second was able to make 2 more, but the third kept the talent safely in the ground without doing anything with it.

The book of Matthew 25:15 said, to one he gave five talents, to another two, to another one, to each according to his ability. This is clear proof that the Master knew well the proficiency of each of his servants before allotting the talents to them. God knows your ability more than anyone else and he will never commit a task too much or too frivolous to your shoulders, so stop feeling burdened or pompous when he is calling you to be useful for him.

‘For to everyone who has, more will be given, and he will have abundance; but from him who does not have, even what he has will be taken away.

Your talents are meant to glorify the master, if you fail to produce more talents even with your level of proficiency, it shall be taken away from you. This applies to all areas of life, both spiritually and physically. If you speak so well in strange tongues, you will be given another talent to interpret tongues, if you can do that well too, you will be given another talent to prophesy, to heal, and to discern, etc. Your gifts could increase because you can prove your ability.
The two most hazardous things you must avoid are excuses and competition. The third servant had an excuse for burying the talent, if he had no excuse to hold on to, he could have made use of the one talent. The servant who had two talents did not compete with the first servant, even when he got one more added for him. Competition could have made him envious and hateful. You are not in competition with anybody, the talent which was given to you was as a result of your proficiency.

Prayer point: Father, help me not to lose the little talent you have committed to my hands, and may I be found worthy of more.