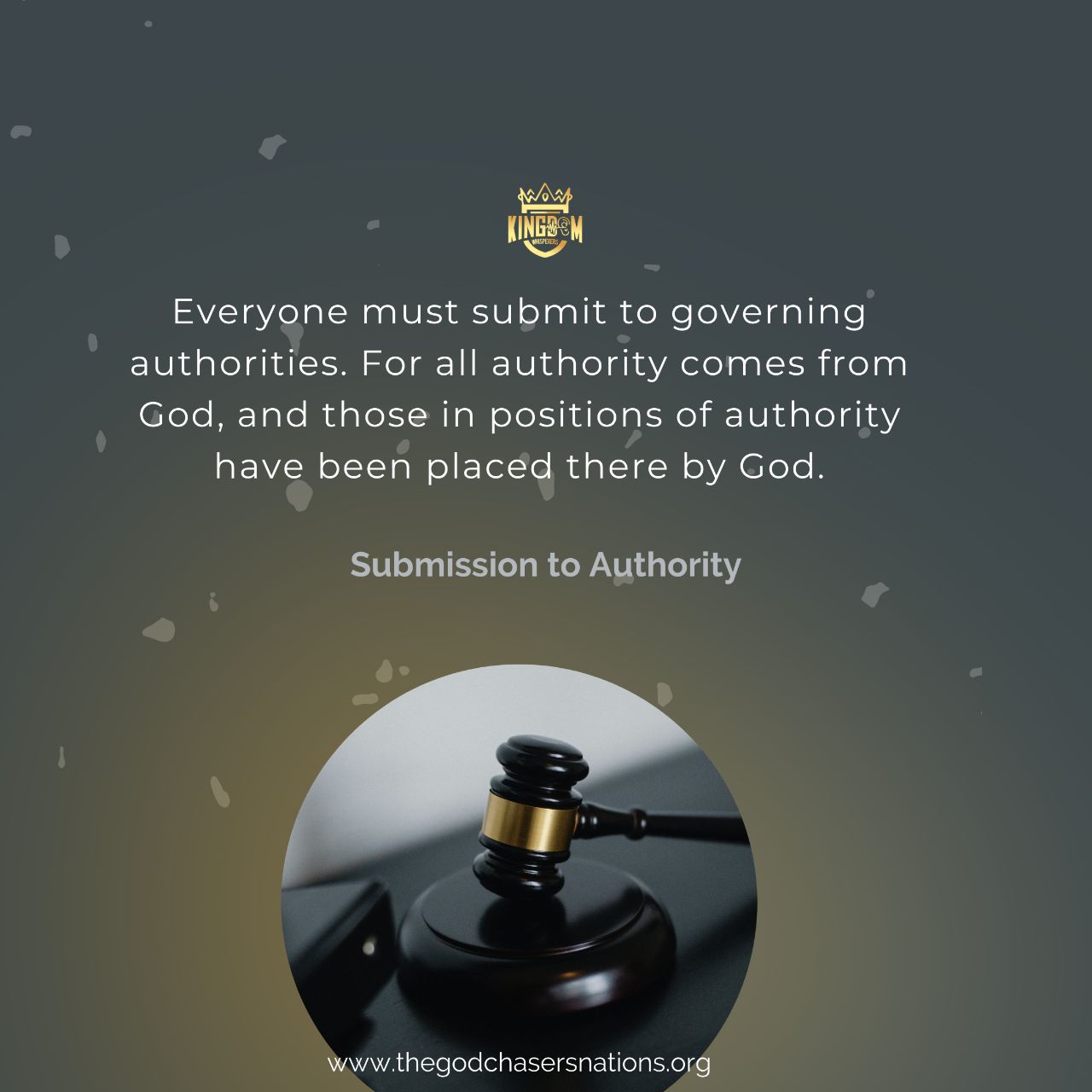 Everyone must submit to governing authorities. For all authority comes from God, and those in positions of authority have been placed there by God. So anyone who rebels against authority is rebelling against what God has instituted, and they will be punished. Romans 13:1‭-‬2 NLT

Amazing how many claim to love, fear, and honour God and yet dishonour, disregard and disobey their parents, bosses, pastors, HODs, and other church leaders, government officials at all levels e.t.c.

The Word of God is clear that every authority comes from God, no matter how flawed the individuals in authority are. God is simply saying that if we cannot obey those in authority around us, we can’t obey Him. If we always have a problem with submitting to human authority, we can never claim to be submissive to God’s own authority.

Look at Daniel, who in Babylon gained the favour of every human in authority over him, right from the time of the preparation for the king’s service through his service of 4 different kings. Even in his refusal to eat the king’s meat, he was very polite and respectful in approach and that’s why God gave him favour before the king’s official and he escaped eating the portion. (Dan. 1)

Joseph also found favour in the sight of Portiphar, the jailer in prison, and eventually, Pharaoh not just because God was with Him, but also his obedience and submission to authority at all levels.(gen 39)

For the Lord’s sake, submit to all human authority—whether the king as head of state, or the officials he has appointed. For the king has sent them to punish those who do wrong and to honor those who do right. 1 Peter 2:13‭-‬14 NLT

Those in authority may be your age mates, or even younger than you, but if they’re there, then God made it so, so lay aside your pride and ego and obey them as unto God.