Righteousness As An Expression Of Nature Life Style 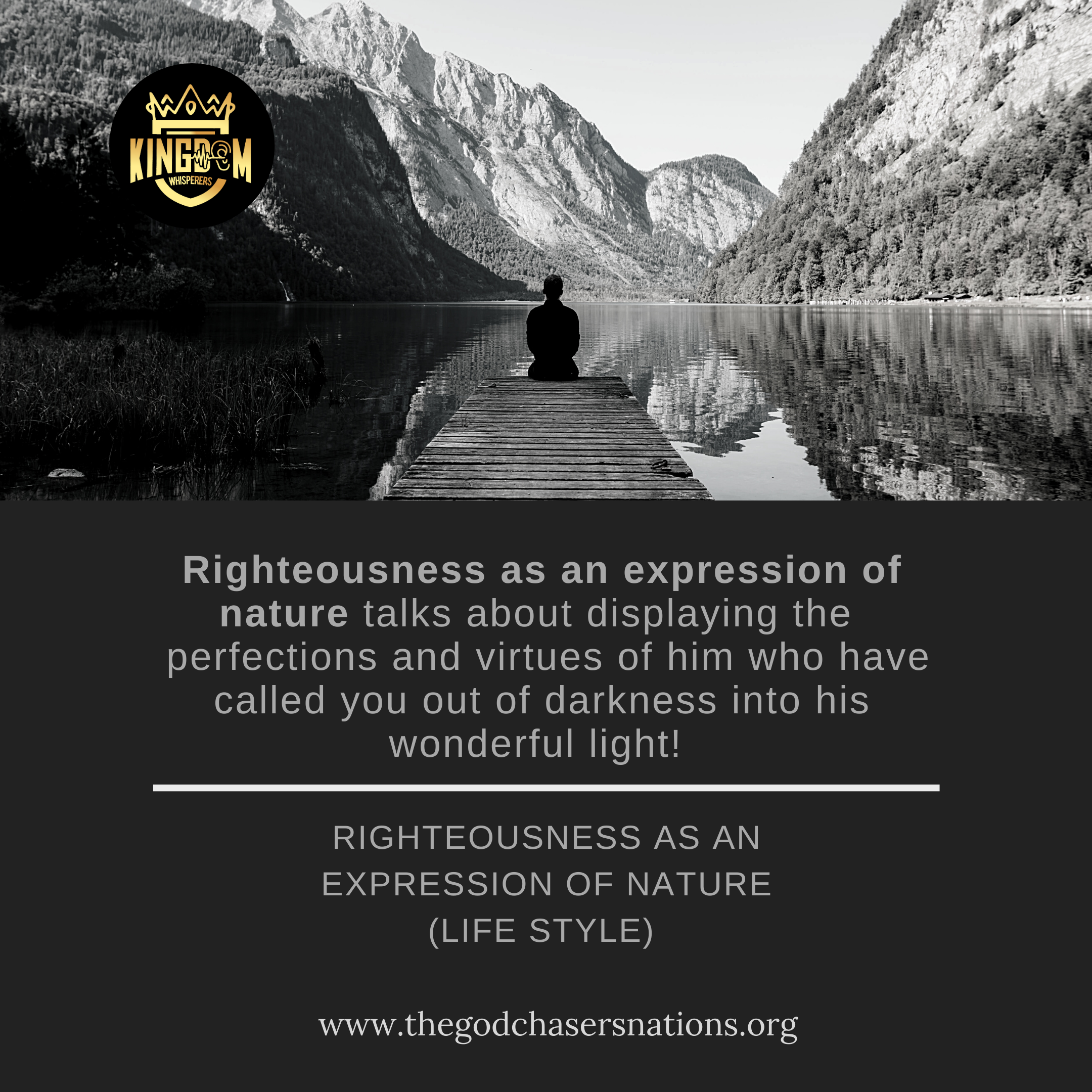 Righteousness As An Expression Of Nature Life Style

Col.3.8 – But now ye also put off all these; anger, wrath, malice, blasphemy, filthy communication out of your mouth

Col.3.9 – Lie not one to another, seeing that ye have put off the old man with his deeds;

Col.3.10 – And have put on the new man, which is renewed in knowledge after the image of him that created him:

Have you every thought why did jesus have to come! If righteousness could be gained through the law then he shouldn’t have come! He is not needed! But the flesh weakened the power of the law! Now jesus came fulfilled the law, canceled it and gave us life! (Eternal life).. There are two level of righteousness! And majority of us are familiar with just one! (righteousness of the ungodly!) That is why we still consider some unrighteous act to be normal! Because everybody does it so definitely I will do it!

This talks about God justifying the ungodly that believes in him! No mater who you are once you believe in jesus and you receive eternal life you become righteous! Abraham believed God! And he was called righteous! He didn’t have the second Level of righteousness! Not because he didn’t believe, but that life was not available. This level is for those who are still working in the flesh! carnal christians.

The difference between righteousness of the ungodly and righteousness as an expression of nature! Is just knowledge (information) Because the will to do a thing comes from the knowledge that you can actually do that thing you wanted to do! In other word’s knowledge produce likeness!

Righteousness as an expression of nature talks about displaying the perfections and virtues of him who have called you out of darkness in to his wonderful light!

It talks about eternal life. The life God has given us to live. To those who believes in him. It is a life not a law.

It talks about you not justifying yourself when you do wrong! But acknowledging and move on.. Because you know who you are.

Col.3.10 – And have put on the new man, which is renewed in knowledge after the image of him that created him: