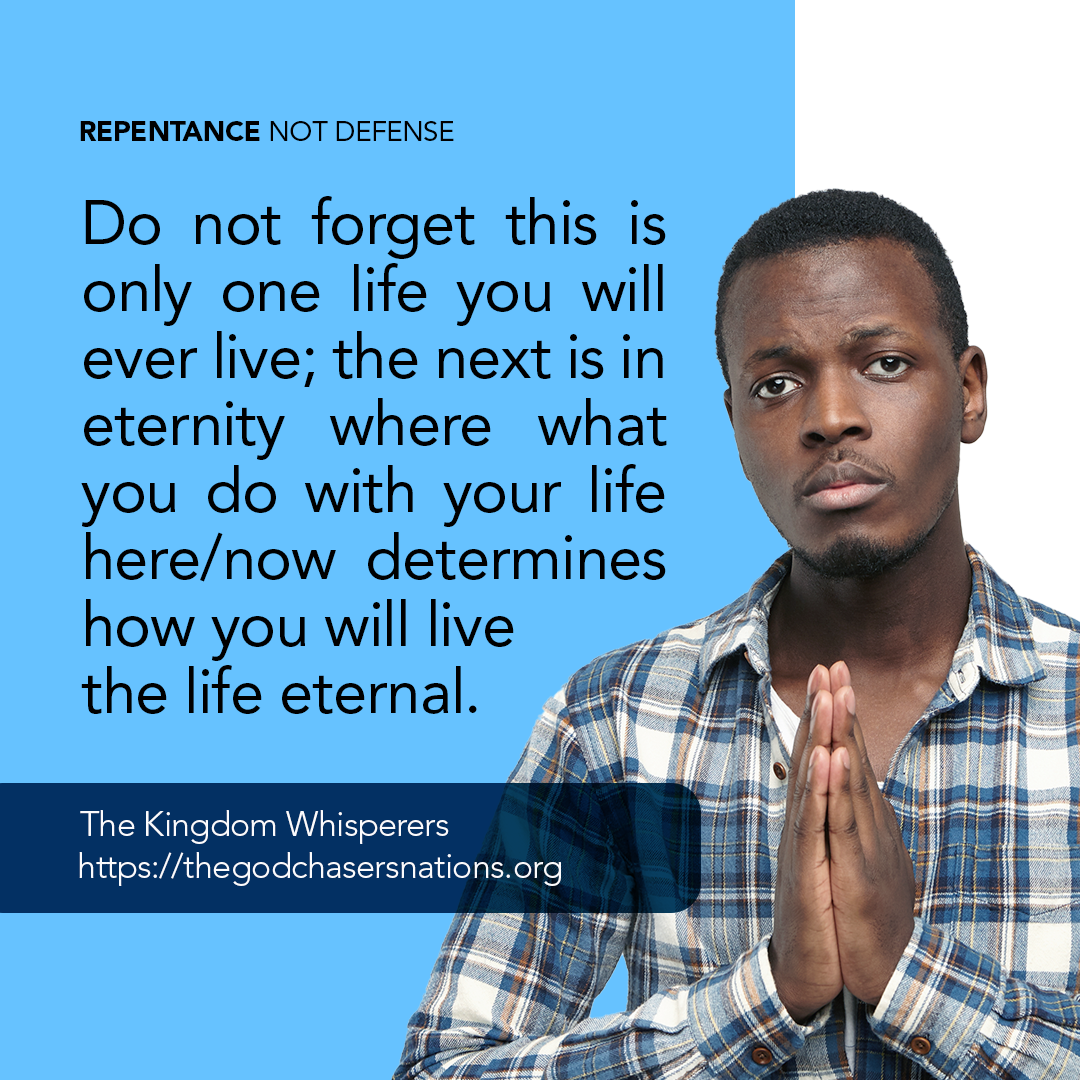 For all those things my hand has made, And all those things exist,” Says the Lord. “But on this one will I look: On him who is poor and of a contrite spirit, and who trembles at my word. (Isaiah 66:2)

Repentance is the action or process of being remorseful, feeling pains or regretting an act, especially from misdeed or moral shortcomings. God demands it when we break His commandments.
But many today, instead of asking or pleading for their misdeeds and weaknesses, they put up a defence. They blame every other thing or person, but/except their misdeeds and shortcomings.

The requirements for forgiveness is penitence.

Sinners should have a deep feeling of sadness in his/her heart for such things done wrong, rather than presenting defensive reasons.

Being defensive compounds issue. It hurts God and man badly than the misdeeds.

Don’t hurt man and God the more with your defence.

You need repentance because as mortals, we fall short every now and again. Often it was unintended. (1Jn. 1:9)

Don’t forget this is only one life you will ever live; the next is in eternity where what you do with your life here/now determines how you will live the life eternal (2 Cor. 5:10).

Today is the day of salvation, value your today and consider what becomes of your tomorrow (life to come).
When Adam and Eve sinned, their inability to own up to the reality of their sins did not stop God from judging them. Owning up will save you a lot of stress, don’t pass the buck. Open up to God and those that can help.
Peter did not give excuses. He did not put up a defence but wept bitterly when he denied Christ. Israel, during the time of the judges, took responsibilities for their sins, and God’s anger turned each time they repented.

Believers are therefore admonished that when we fall into sin, we should grieve, confess and ask for forgiveness. ‘Confess your trespasses to one another, and pray for one another that you may be healed. The effective, fervent prayer of a righteous man avails much’. (James 5:16)

PRAYER POINTS
1. Pray that God should restore as many that have fallen out of grace, have mercy on them and save their souls.
2. Pray for the revival of the Word of God and genuine repentance in the fold of Christ.