Faith to Faith The Mystery of Harvest 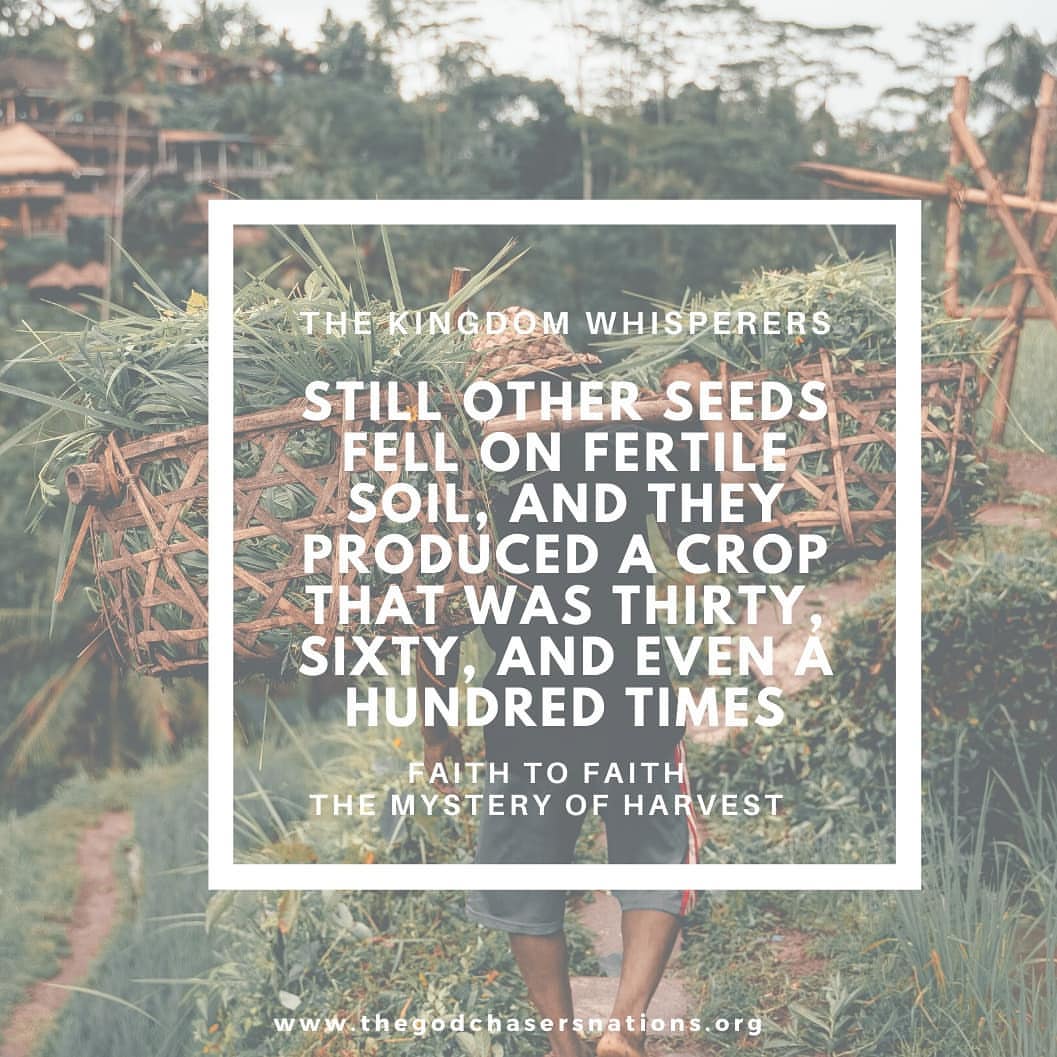 Faith to Faith The Mystery of Harvest

Matthew 13:8-9 NLT – “Still other seeds fell on fertile soil, and they produced a crop that was thirty, sixty, and even a hundred times as much as had been planted! Anyone with ears to hear should listen and understand.”

I have tried my hands in planting a few times, and I know for a fact that plants are grouped differently based on certain factors.

There are annual, biannual, perennial crops.

Also, not all plants need deep roots; some plants are parasitic, and others can grow on water.

Yet in this parable, Jesus chose a plant that requires sowing a seed, a good ground and also this seed needed deep roots to survive.

Well, some plants die off after a single season, but others keep producing fruits.

My earliest encounter with the Holy Spirit was from a very early age. I had trouble finding my things as a child. Typical. In my frustration I’d call my mum’s attention, requesting her assistance in looking for a shoe, or a dress and her response would be: “Ask the Holy Spirit”.

This practice went on for years, and one day it became real to me. I was once again frustrated with my search for a dusting powder, and I asked for her help, and as usual, she replied; “Have you asked the Holy Spirit”.

So grudgingly, unwillingly and even with a slight tone of resentment I whispered; “Holy Spirit help me find the powder”.

I was still speaking when my eyes fell on the powder. It was in a place I had searched over and over again.

Now back to our text.

It’s incredible how the Bible specifies that the seed yielded a crop. Singular. Not ten crops not twenty crops but one single crop.

If you’re familiar with the concept of twin birth, you’d know that an egg could split to produce identical twins.

In plants, the twin birth is regarded as a polyembryonic seed.

Jesus however, was specific when he said a crop. Other translations say grain or corn, but they are all singular terms.

I told you I’d tried my hands in planting a few times. I’ve grown vegetables, Avocado, cocoa and orange, amongst other things. I’ve farmed plantain and cassava.

The first harvest may yield a hundredfold, and after a while, it drops to sixty then thirty as the plant ages. I’ve also seen plants that produce in ascending order; from thirty to sixty and then a hundred.

What am I saying?

That teaching you heard may not sound like much today but keep sowing. For faith comes by hearing and hearing again.

Oh, I’ve heard it before, and it didn’t make a difference. Great! Listen again and again—the things of our kingdom work in a mystery. For Issac sowed again and in that year he reaped a hundredfold!

Secondly, the best way to turn a ground fertile is to let it lie fallow. I’d describe fallow as a state of learning. Just let the word keep flowing through you. In agriculture, weeds would grow up to loosen the surface soil while their dead parts nourish and replenish the earth. Play that sermon on prophecy. You don’t have to use it immediately. But knowing that the word in itself is spirit and life, it would quicken the hard places of your heart.

Finally, do not be discouraged if the yield was small, harvest also grows in time. Some people use the expression ‘exercise your faith’. If you want it to work, put it to work.

Father, I thank you for giving me access into mysteries at all times. Enlighten my mind so that I can understand this mystery in Jesus name.