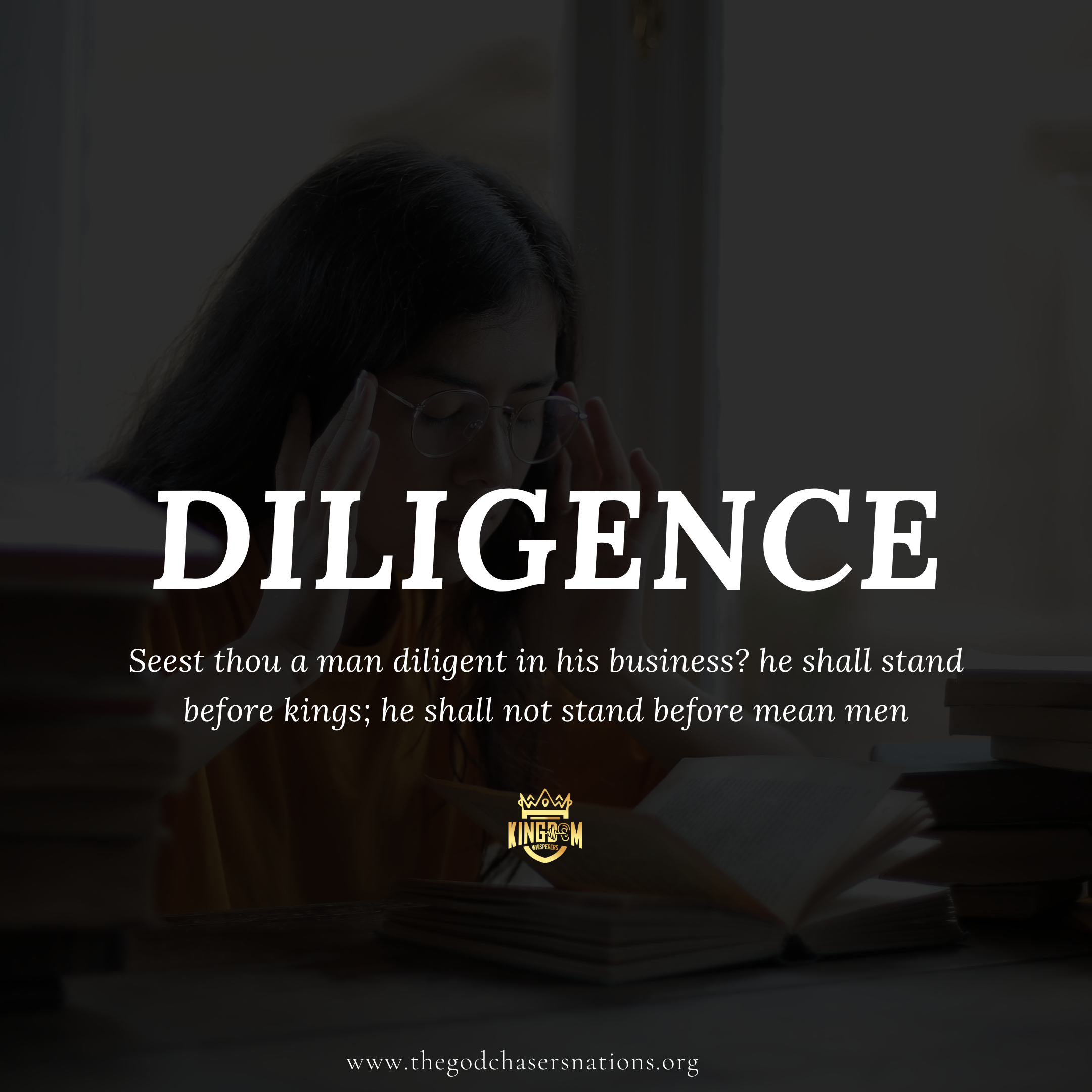 There’s something about when a man is hard-working. It makes such man stand out among his peers and even gives him an edge above others. He has this consciousness of being industrious and ever productive in not just his thinking but doings pertaining to his line of work or specialization, and there’s no way such man won’t be preferred above others that are lazy, who are in the same field or line of work.

However, there’s something even more. And that is persistence in hard-working, which can be called “Diligence”. It will not only make you stand out and even stand before Kings and dignitaries as our anchor scripture said. It’s not just persistent hard-working, also, consistency in it such that, it’s not only about maintaining morals of conduct but doing so on a regular basis.

Little wonder you will see men like David who was in the bush, tendering his father’s sheep, and meanwhile, playing skillfully on the harp, and someone in the palace recommended him to play for the King. He also exercised his fighting prowess when the lion and the bear attacked his sheep. It wasn’t a surprise that he later took Goliath’s challenge and brought him down, as big-tall as hefty as he is. The lists are countless.

Dear esteemed brethren, I know you are anointed, however, alongside that, please, Be diligent! This will only make the anointing which is the difference known to make you stand out among the crowds.

Develop on yourself daily. Never be satisfied with your state of dexterity at any point. Always improve because the world is ever revolving. Don’t rely on stale technical know-hows or skills. Upgrade to the continual development in your area of specialization or more. You can even bring up new innovations that will bring about more development and of positive benefits to our dear Nation. The ones you see and even apply were initiated by some creative individuals, so, what about you? You are creative also. You just might not have seen it, or explored your creative to any extent, or a greater one.

Hey! God’s Delight, make History happen. You are tongue speaking, you are a prayer machine, you can even fast as well. Yes! All of these are very important, however, then, you should also impact your world with the gift God has deposited inside of you. “The gift of a man shall make room for him…” so says the Holy scriptures.

Nations are waiting for your Manifestation. The world awaits you as a whole. You can’t afford to fail God, neither can you fail them. Discover those potentials in you, develop, and also exploit them, even awhile, as you add up consistently to it…

Do have a fruitful week and a beautiful day