Destroy It Before It Destroys You 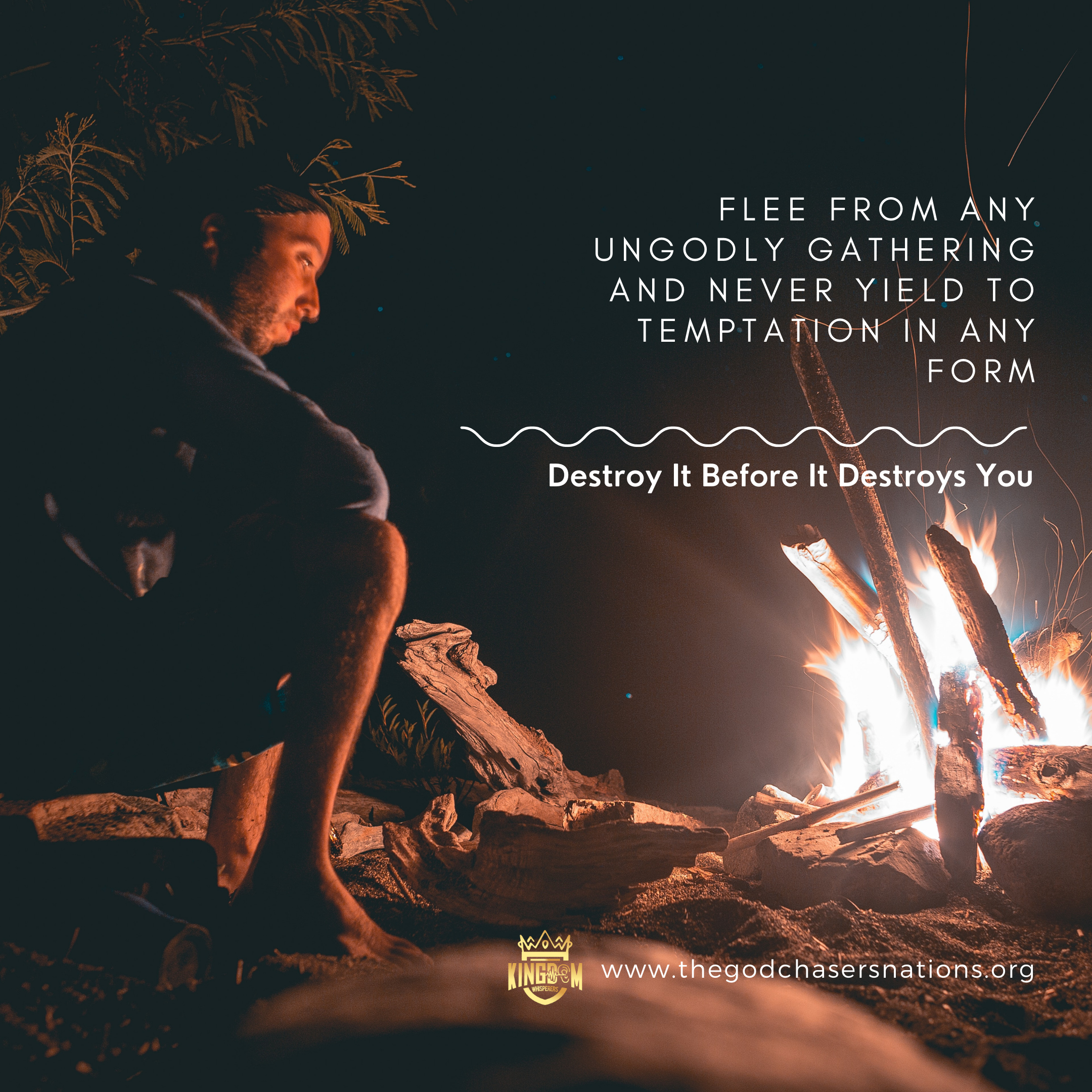 Destroy It Before It Destroys You

Destroy it before it destroys you

“If thou doest well, shalt thou not be accepted? and if thou doest not well, sin lieth at the door. And unto thee shall be his desire, and thou shalt rule over him.” Genesis 4:7

Sin was actually knocking at Cain’s door as it does with every man on earth today. But the only difference is that Cain already invited sin into the door of his heart when his sacrifice was rejected.
From today’s projected bible verse, Cain and Abel had gone to worship the Lord, meanwhile, one sacrifice was rejected and the other was accepted based on their relationship with the maker respectively.
The Bible stated that ‘…the Lord accepted Abel and his offering…’ Not just the offering, rather the heart first before the offering was valid.

Sin is a poisonous substance formed through an imagination from your mind. It is deadly and normally the beginning of any man’s destruction. The Bible recorded it that “From the abundance of your heart, the mouth speaketh”(matt 12 v 34)….Yes! That is correct. It is the core of all thoughts whence an idea or imaginations is considered, opinions are formed, strategizing initializes and then action follows.
Then, the Almighty God made cain realized that he would blame no one except himself for the rejection of his own sacrifice. God warned him against sin’s nefarious aim and admonished him to master it, i.e rule over it. Sadly however, he allowed sin to rule over and destroy him, because he wouldn’t take heed to God’s loving warnings.

However, when temptation to sin is involved, before the point of conception and execution, call on the name of Jesus and be resolved to be set free. Submit yourself to God and resist the devil and he will flee(James 4v7)

Destroy it that moment. Check your heart now for those ungodly things you have soft spots for, ask God for forgiveness and pray for the grace to overcome it, and above all guard your heart with all diligence for out of it flows the issues of life(prov 4v23)

Prayer points:
1. Lord Jesus, I thank you for another blessed day in the name of Jesus.

2. Help me Lord never to be overpowered by the evil intents knocking at the door of my heart in Jesus’ name.

3. Grant me the grace to fill my heart with your words alone always in Jesus’ name