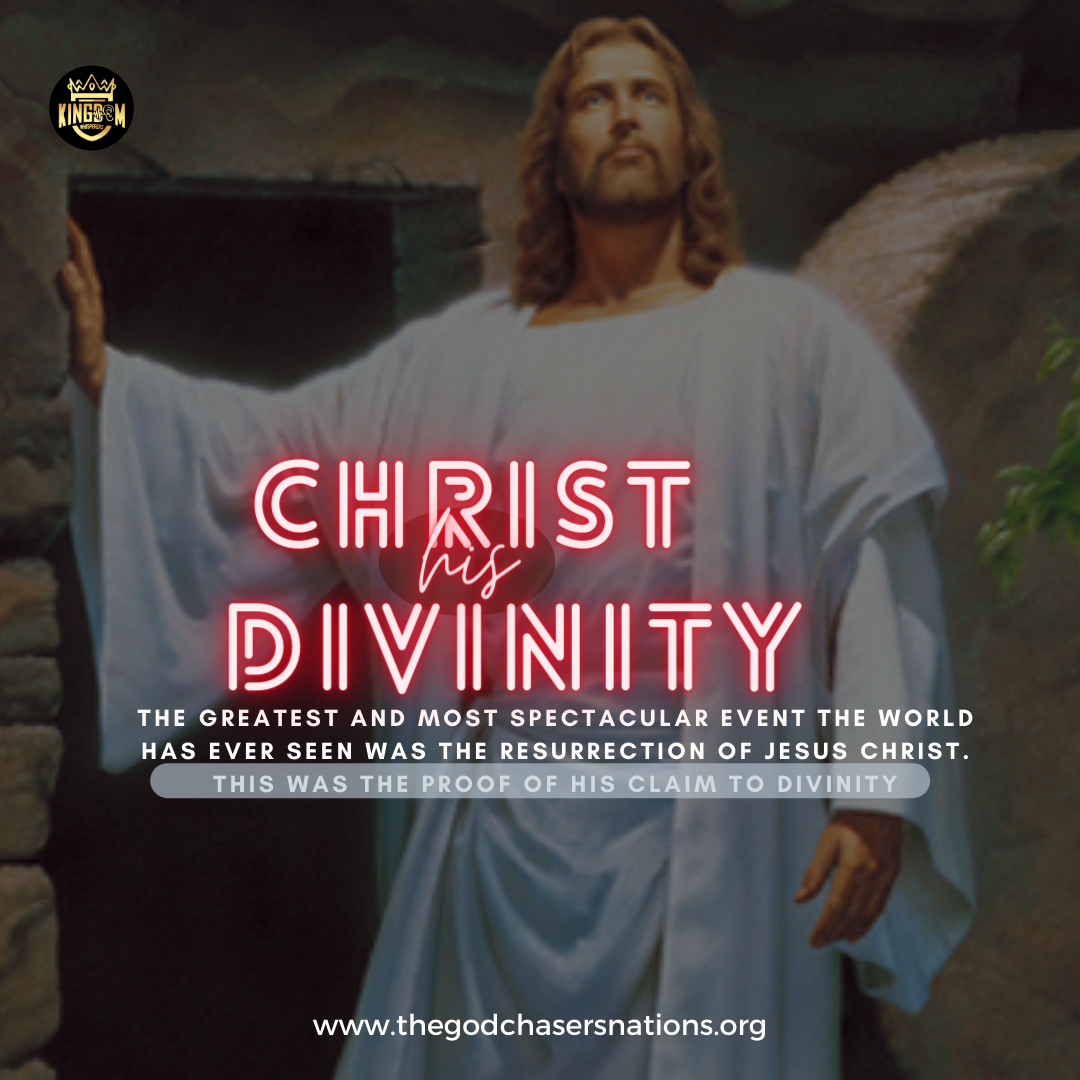 Concerning His son Jesus Christ our Lord, which was made of the seed of David according to the flesh: And declared to be the Son of God with power, according to the spirit of holiness, by the resurrection from the dead (Romans 1: 3-4).

The greatest controversy about Jesus during the course of his earthly ministry was His identity, especially His claim to be the son of God.

Despite His holy life, the miracles he performed, which revealed His divinity made the Jews furious with jealousy, in spite of how impossible it was for a mere man to perform them. They just couldnt accept that God could be so close to them in form of a man like them, a man whose parents(earthly) they could trace.

It was simply impossible to believe without divine assistance that the Word of God could take on flesh and walk the earth, or that the bread of Life could be in form of flesh- (John 6v41-42)

His arrest, trial, condemnation and crucifixion were also centered on his claim to divinity.

The greatest and most spectacular event the world has ever seen was the resurrection of Jesus Christ. This was the proof of his claim to divinity. It holds the key to everything that Jesus said to be true. It also affirms that He is the Saviour of the world, the coming King and the eternal Lord of heaven and earth.

Jesus Christ is that Word that has been from before the world began(John 1v1) and He is the way, the truth and life (jn 14v6), and will by His power raise us all up(believers) on the day of His ultimate Glory(John 6v39-40; 54)